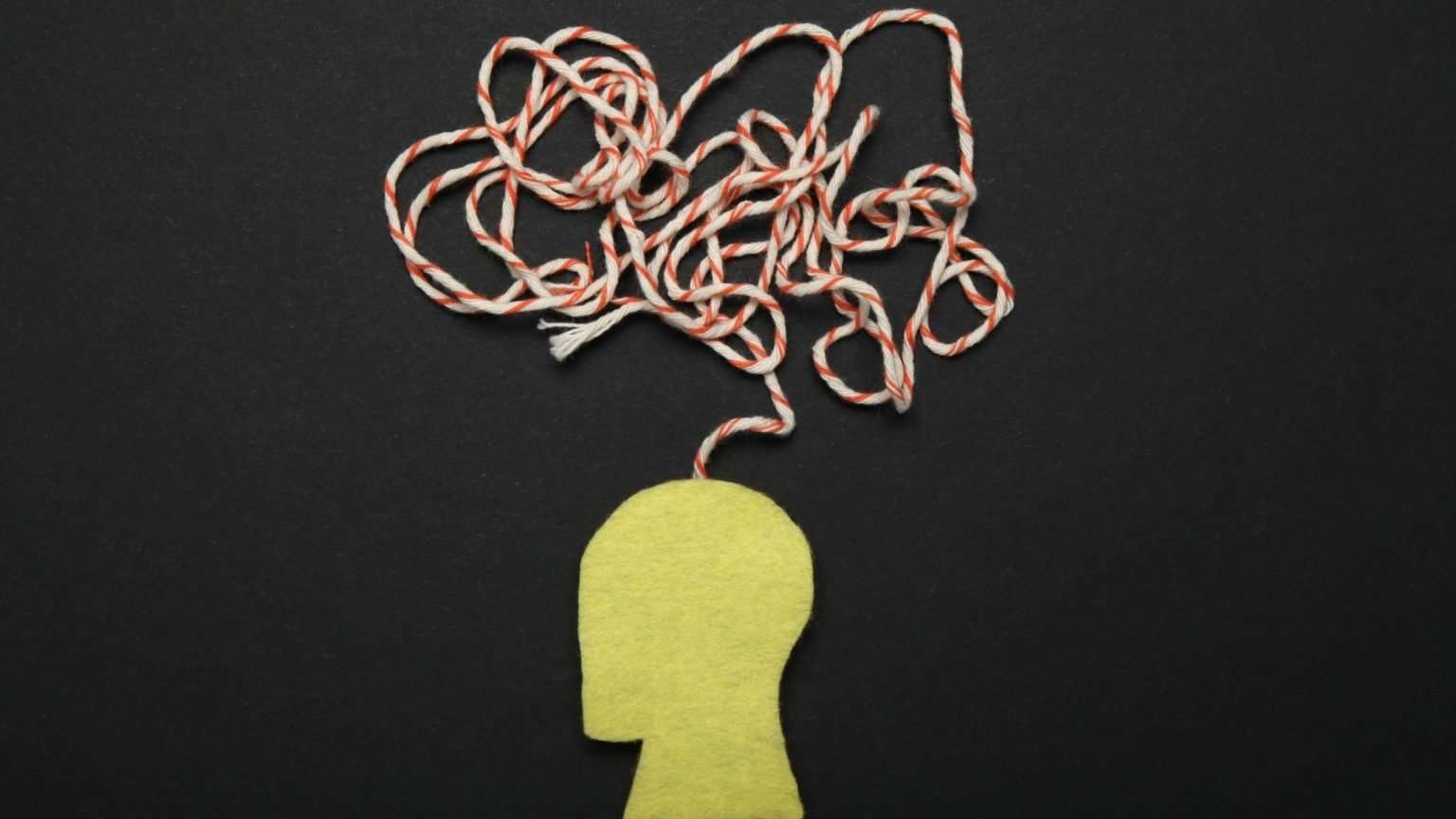 While the adjective “OCD” has been used by some to describe an individual who demands perfection, neatness, or order in recent years, OCD as a mental health disorder is a complex, debilitating, and painful condition affecting almost 750,000 Canadians. OCD is a lifelong condition that centers around two groups of presenting symptoms: obsessions and compulsions. Obsessions are intrusive and unwelcome images and thoughts that are difficult to ignore and produce great distress and anxiety for the sufferer. Some common obsessions include excessive concerns about dirt or contaminants, stockpiling papers or other items that are no longer of use (hoarding), fear of being involved in or causing accidents (without actual proof), and excessive worry over one’s health, relationship, or body image.

Compulsions are activities or rituals that a sufferer attempts to relieve anxiety and feel better, albeit temporarily. Some common compulsions include excessive and ritualized handwashing, showering, bathing, or toothbrushing; checking doors or appliances repeatedly, reassurance seeking (often in relationships), counting, checking/rechecking for mistakes, and superstitious actions such as the need to avoid stepping on cracks on sidewalks. While a sufferer generally understands such compulsions are ridiculous and/or excessive, the need to act upon ritualized behaviours becomes so powerful that the sufferer relents and acts upon the urge, often taking up large amounts of time and affecting other areas of one’s life such as relationships, work, self-care, and overall ability to function. OCD hijacks the body’s alarm system, which is normally there to protect us, instead alerting us that every trigger or thought is a dangerous or catastrophic threat to our survival. Acting on the urge/thought provides temporary relief; however, this feeling is short-lived, and the OCD ramps up its intensity that another danger is around the corner and requires further action.

The good news for sufferers is that there are evidence-based treatment options to help those suffering with OCD. Exposure and response therapy is within the umbrella of cognitive-behavioural therapy and has been considered the gold standard for the treatment of OCD. The exposure portion refers to gradually exposing oneself to the thoughts, images, objects, and situations that create anxiety or compulsions. Response prevention refers to making a conscious choice not to act out a compulsive behaviour once the anxiety or obsession has been activated.

In his ground-breaking book titled “Brain Lock”, Dr. Jeffrey Schwartz offers a four-step suggestion for those suffering from anxiety. These include:

·       #1 – Relabel – learning to recognize and become more aware of obsessive thoughts and compulsive urges. Increasing your awareness in a mindful way that understands that these thoughts and behaviours are symptoms of a medical disorder rather than a part of you.

·       #2 – Reattribute – “It’s not me, it’s my OCD” – these words can be a powerful mantra that can separate you from the disorder. Understanding that these false messages from the brain are from changes in the brain’s biochemistry, you can slowly learn to ignore the urge to act which can lessen OCD’s strength. With compulsions, the relief is momentary. With reattribution, the relief is lasting (with practice). #1 and #2 are generally done together.

·       #3 – Refocus – working on the thoughts and urges requires a shift in attention to something else, normally for a few minutes. Repeating “I am experiencing a symptom of OCD, I need to do another behaviour” is helpful. While the uncomfortable feelings will come up, this step allows for a way to “work around” the feelings and stop responding to the urges and compulsions that take over and provide further suffering and pain. Keeping a journal to record your obsessions/compulsions and which activity or behaviour replaced it can provide for greater motivation and a sense of accomplishment over time. The 15-minute rule can be helpful, whereby one allows a grace period of 15 minutes to elapse prior to any consideration of a thought or urge being acted upon.

·       #4 – Revalue –Mindful awareness is another way to describe this step. When we stop reacting and responding to our obsessions and compulsions, our brain’s biochemistry no longer responds the same way, and we no longer take them at face value. Over time, the obsessions and compulsions lose power, and the sufferer gains greater strength, confidence, and awareness over such actions.

It can take some time for these four steps and exposure and response prevention to offer relief and allow for a greater sense of control. In tandem with exposure therapy, you can find healthier ways to respond and function in all areas of your life and a greater sense of empowerment and true freedom.

Adam Gelinas is our Short-Term Therapist (Intern) and is completing his Masters’s in Counselling Psychology at Yorkville University. One of Adam’s areas of interest includes OCD. Adam uses evidence-based modalities and an integrative approach in order to help his clients receive treatment that is personalized to their unique needs.

DISCLAIMER: This blog is meant for psychoeducational purposes only. Intended solely to provide you with information and is not meant to take the place of therapy. 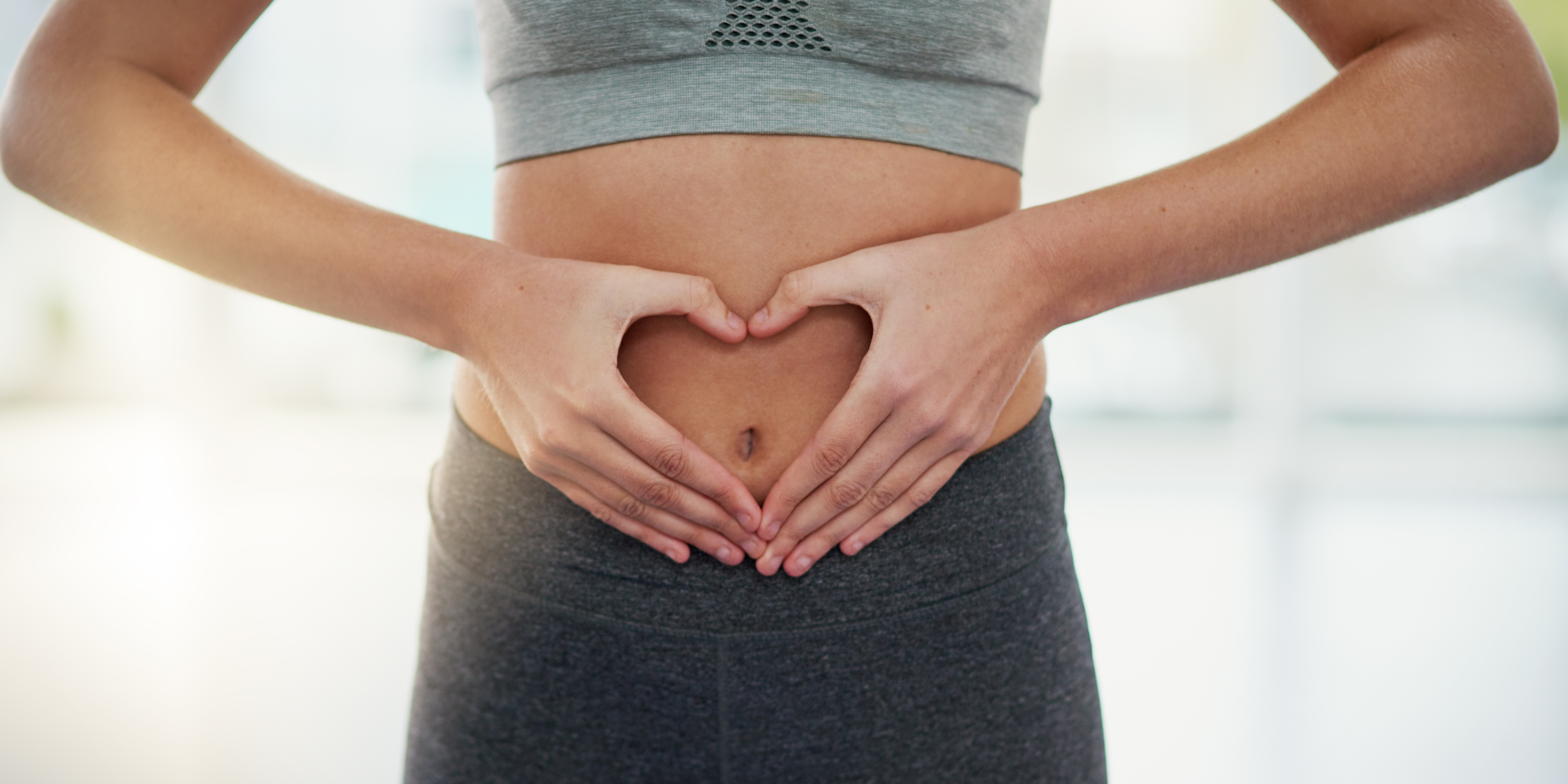 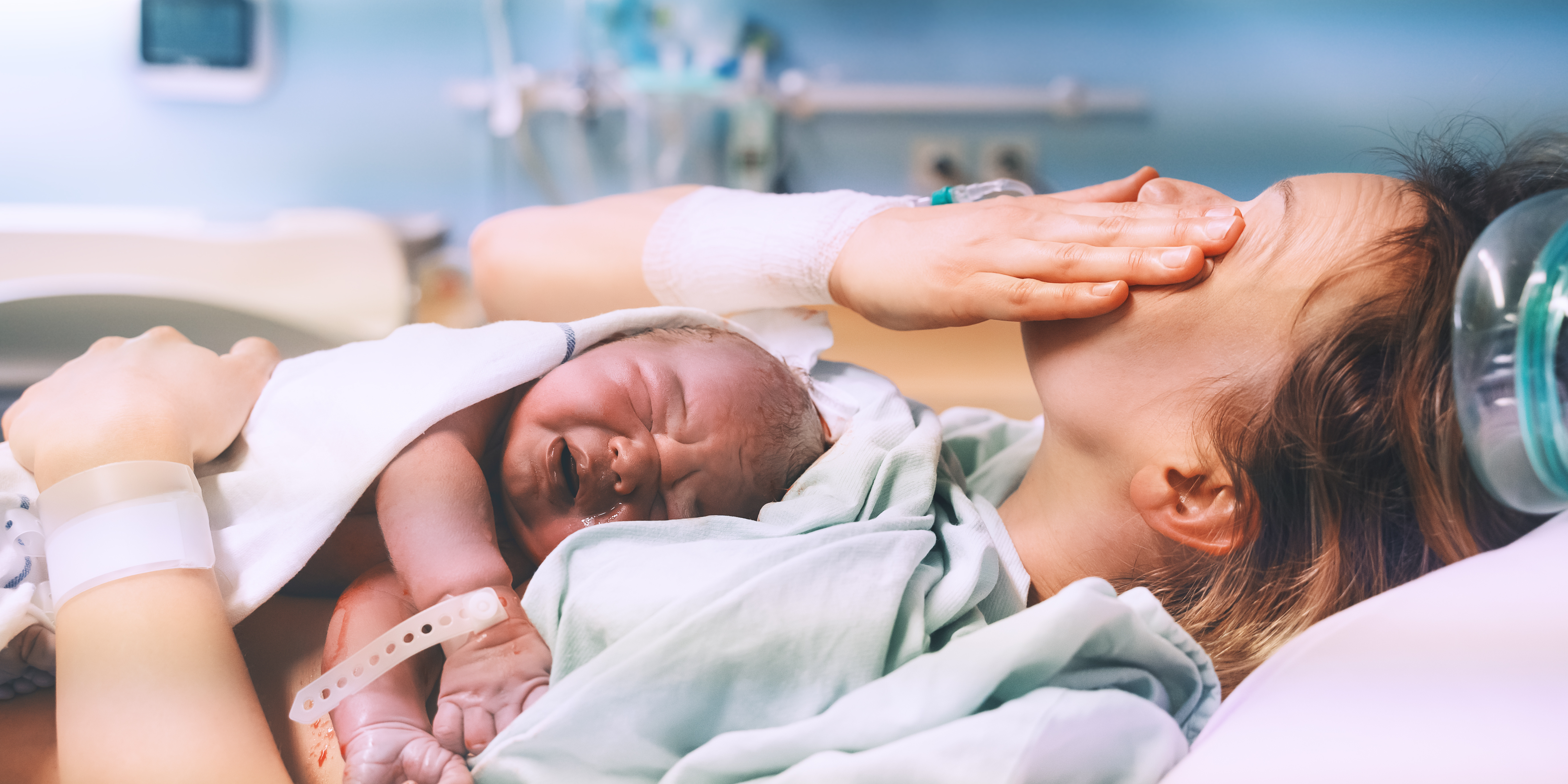 How To Navigate Social Anxiety As A Parent 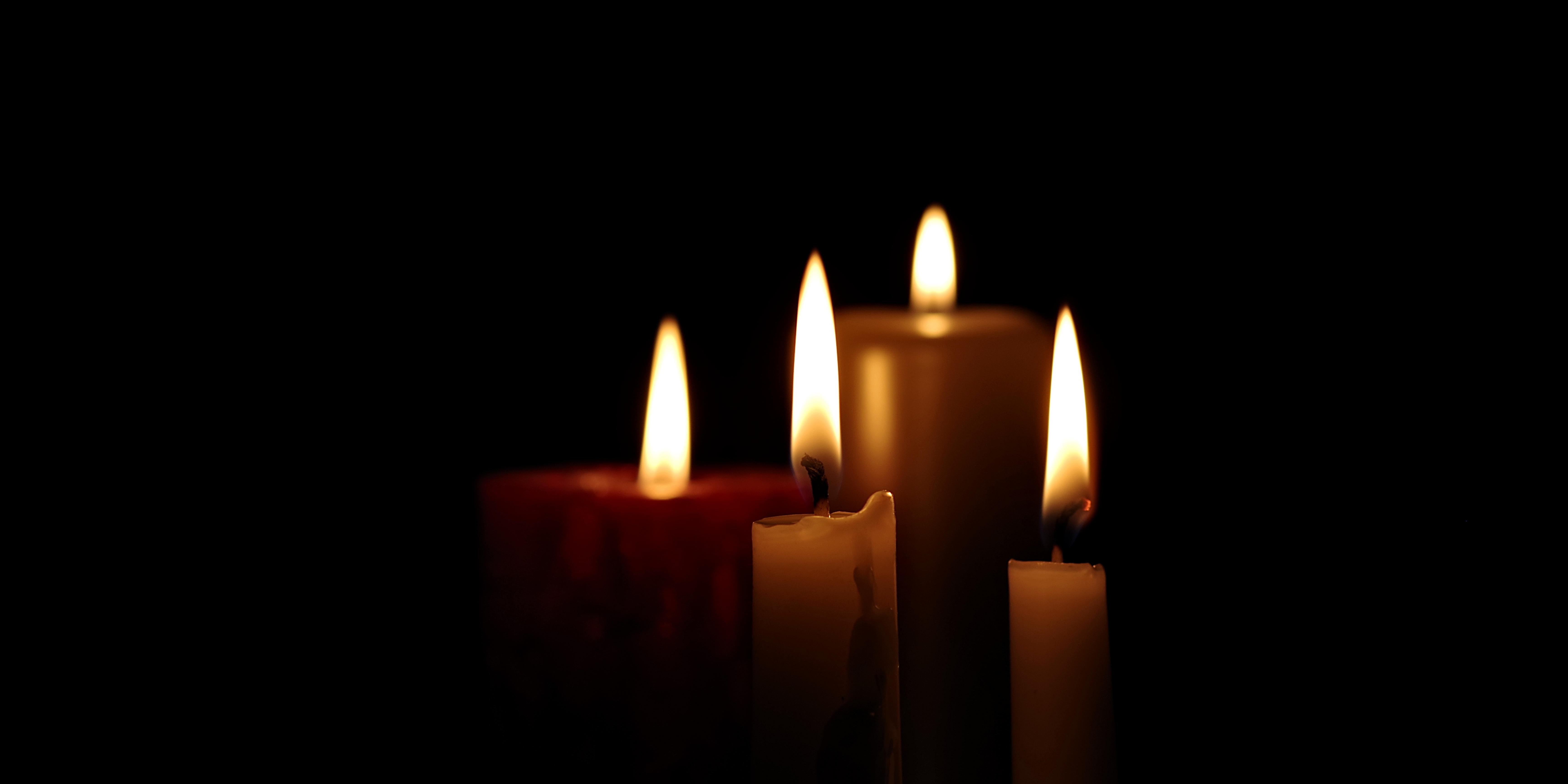 Remember that “butterflies in your stomach” feeling when you are nervous? Well, that is the brain and the gut communicating through the nervous system, hormones, and the immune system to help regulate the body’s immune response. So, when you sense danger or the “fight or flight” response is activated, your body is diverting its energy

According to a 2018 study, it is estimated up to 45 percent of birthing persons report experiencing trauma during labour or childbirth (Beck et al., 2018). It is important to note that this number is likely higher, as many cases go unreported and undiagnosed, due to the stigma many new parents feel about how they

How To Navigate Social Anxiety As A Parent

The back-to-school season is typically a time when social anxiety can become more noticeable or begin to interfere with our children’s daily routines and behaviours. Two plus years of pandemic life have certainly added additional worries and unpredictability when it comes to how our kids make sense of the world. What is social anxiety in

A few days ago, Muslims celebrated Eid al-Fitr. Eid al-Fitr marks the end of Ramadan (the month of fasting). Visiting family is important during Eid. Since my family is back in Egypt, I usually spend a nice chunk of Eid calling my family instead. For a couple of days, I could not shake off the